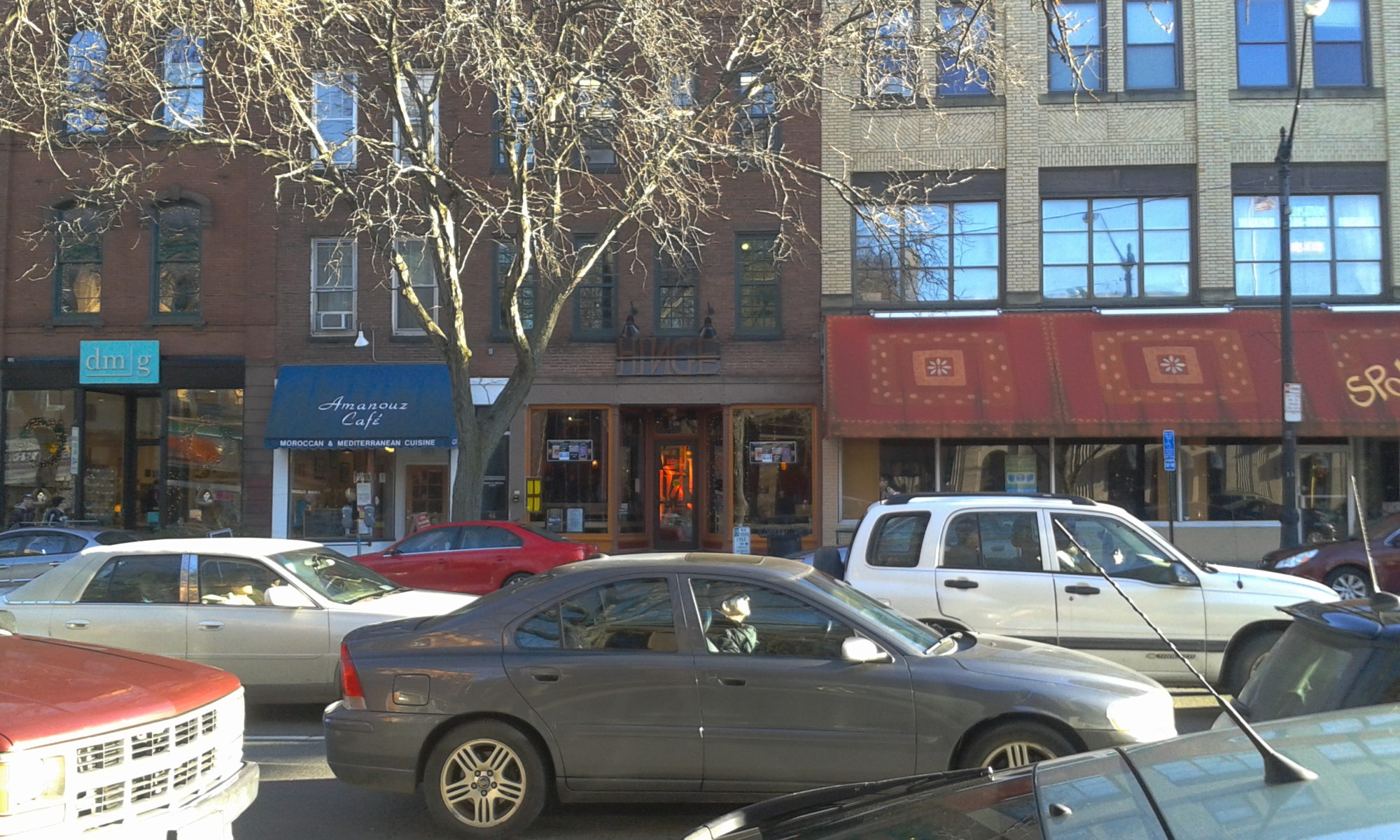 “You’re writing a book about a man who has been dead for so long and you never even met him? Why?” I hadn’t expected a question like that. I was on a train from Boston to New York City and chatting with the woman who sat next to me. I  was doing research for a biography of Joe Pilates and I was excited, because I would soon be visiting the house where Joe Pilates had lived and worked for forty years.

“Everybody is doing his exercises”, I said, “millions of people all over the world.” But was that all? Was that the reason I wanted to write a book about him? I sat back in my seat and let my thoughts run. Why was I so fascinated by Joe Pilates? I had devoted every minute I could spare to learn more about him for more than a year.

He accomplished great things, I thought. During the last months I had experienced the impressive results of his method on my own body. Since I had started taking one-to-one lessons at “New York Pilates”-studio in my home town Stuttgart, my body became longer and leaner almost on a daily basis.  At the same time, my back aches had disappeared, even though I was still carrying around my children and sitting at the desk for hours.

But that wasn’t the whole story. There was something about the person Joe Pilates, that really touched me. His conviction, that made him fight for his method against all kinds of resistance. That he had dared to emigrate to the US, where he opened his studio and started a new life when he was already over forty, That he didn’t give up when he was looking for a publisher for his book Return To Life Through Contrology even though receiving one letter of refusal after the other for years. “Opposition is the match that lights the fire” – that was his mindset. He had been teaching the same exercises to countless clients for forty years, without ever changing anything substantial.

This matchless determination had touched a string. I am the opposite: There are so many ideas in my head that I can’t find the time to realize any of them. Sometimes we need someone who comes a long way or from another period of time, to call our attention to the obvious. This man who was born almost a century before me had a message for me: “Concentrate!”, he was whispering to me, “Confine yourself to one thing! Take care of your body!”

To confine myself to one thing – I liked the idea a lot, but as a mother of two children it was completely impossible to put it into action. But I started to take a little more care of my body. And I made a decision: This biography of Joe Pilates would not end as one of many ideas that had never been put into practice. I would concentrate all my energy and show gratitude to the man who had delivered the message  – even though he had been dead for a long time.

I didn’t tell the woman who sat next to me on the train from Boston to New York any of this. But I was grateful that she had asked the question. Because when I got out of the train at Penn Station, plunging into the turmoil, I knew exactly what I was doing: I was concentrating.